Andrea & John were born for travel and entertainment.

Come watch what we do, what we've done, where we've been, and what we suggest you do, too. Everyone should have a bucket list. We only have one life to live, so go out there and find a way to enjoy it -- on any budget! Our motto has ALWAYS been: life's short, play hard! See our YouTube site!

Although we always had fun, we have now learned how to travel at wholesale or below or FREE HERE.

See for yourself ... We used to book on many travel sites, but now we save a LOT of money on all our online travel through this low-cost booking engine: SAVE $$$ (Hotels and Flights are LOWEST PRICE GUARANTEED or you get back 150% of the difference!) 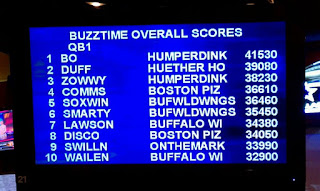 Time for some football!  If you've never played QB1, you should try it.  It's one of those little blue boxes you get at some restaurants and bars that you can play trivia on.  In QB1, you need to predict every single play -- in detail -- before the snap of the ball.  People are playing around the country, and you get to keep score and rank your play by your personal score within the restaurant and your location's score compared to the rest of the country.  John has been playing QB1 for 24 years and has been National Champion 3 times.  He ranks in the top 10 of the country out of tens of thousands of players!!   QB1 used to be way more intense when we were playing for huge prizes like trips to Hawaii (which he won twice), and trips to the ProBowl in Hawaii (we went a few years ago when he won)!  He also won 2 trips to Las Vegas to compete for $10K and a National Title.  Even without the "big" prizes, we still have a lot of fun playing.  If you're in North Las Vegas during a football game, inbox us, join us, and we'll teach you how to play!

Buffalo Wild Wings in Denton is a neat place to watch sports, as there are big and little TV screens all around the entire restaurant.  In Denton, there is no smoking there, so that's one less thing to worry about.  We were disappointed with their food today.  We had grilled chicken salads, but the salad tasted like it came out of one of those bags you buy at the supermarket; the cheese was right out of a bag, too; and they served the salad dressing out of little pouches you get a fast-food joints.   It was not a very "restaurant-like" experience.  It was also freezing cold.  We had to wear our coats the entire time, as their corporate location controls the heat and A/C, not the location itself.  Not good.  The waiter, Asa, was a really cool guy and went out of his way to help us all afternoon.

Right from the game -- woo-hoo, the Bears won -- we went straight to a movie.  We saw "Dilemma," and it definitely was a dilemma.  We enjoyed it.

Enjoy the rest of your Sunday night!!  Until next time ... 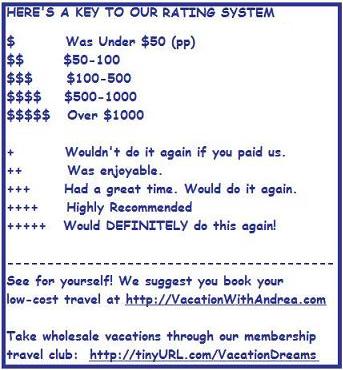